Ateez comes to Gila River Arena on Thursday 10th November 2022 as part of the North American leg of their 2nd World Tour this year. “The Fellowship: Break the Wall” tour kicks off on 10th November, with this being the first performance in Phoenix. The tour includes performances in Dallas, Chicago, Atlanta, Newark, Toronto and Chiba. The North American leg will be preceded by dates in Seoul and Anaheim. Ateez has already concluded a sold-out tour this year, and they’re ready for another enthralling set of performances. Catch the South Korean boy band live in concert on 10th November 2022 by getting your tickets right now. If you missed them already this year, this is your chance to see them live again. 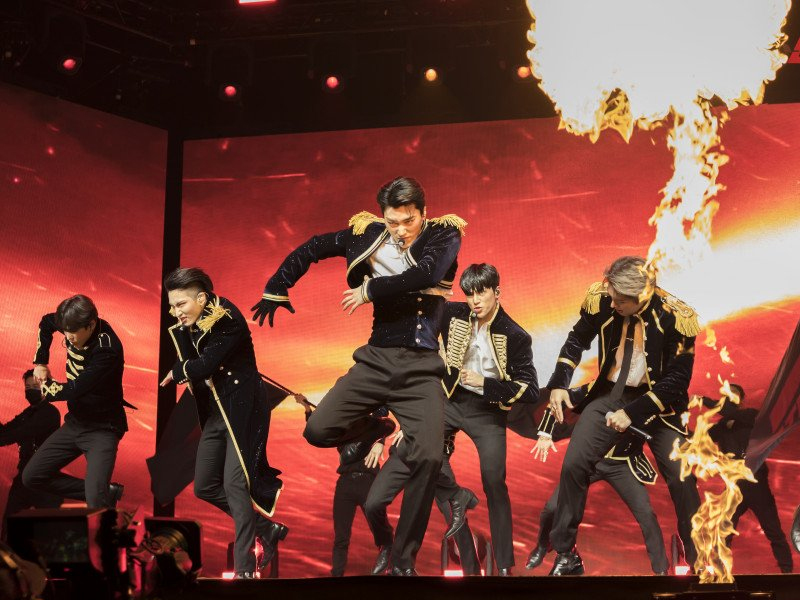 You rarely see a band going on two world tours in the same year but owing to increasing demand, Ateez is ready to embark on another round of performances in the U.S. Their earlier “The Fellowship: The Beginning Of the End” tour was a massive hit as it played at major Venues across U.S and Japan. They put up some great performances, and fans are even more excited about the upcoming tour. For those of you who missed them live on the first run, this is the perfect opportunity.
The group debuted in 2018 and has gained a lot of fans in a very short span of time. Just a year after their debut EP release, they got the Worldwide Fans’ Choice Award. They have released one EP and one studio album till now, both being massive hits and big fan favourites. They have sold more than 4 million physical copies of the album globally, an astounding number in the digital era. Most of the performances on their previous tour was sold out and they will be expecting a similar, if not a bigger response this time around. If you really want to catch them live at the Gila River Arena on 10th November, buy your tickets ASAP before they are gone!