The Killers come to Gila River Arena on Sunday 28th August 2022 as part of their 2022 “Pressure Machine” tour. The character-driven album is set to release on 13th August and provide a unique experience to all The Killers fans. Fans will get to hear plenty from the album on the coming tour; hence, the anticipation is very high. The tour kicks off on 19th August from Vancouver, British Columbia’s Rogers Arena and continues until 8th October with a final show at Little Ceasars Arena, Michigan. The tour supports the band’s seventh studio album, Pressure Machines, and it is expected to sell out the majority of venues. Get your tickets right now and watch The Killers live on 28th August at Gila River Arena. 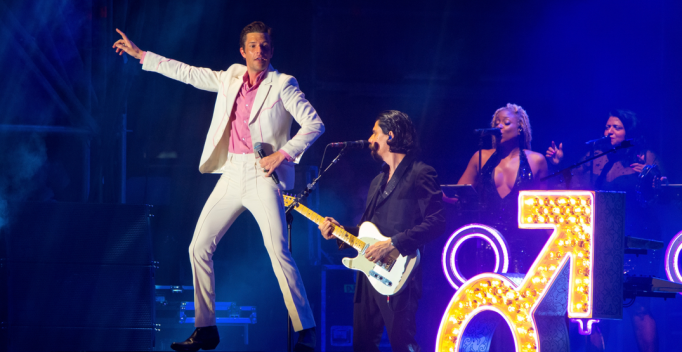 Pressure Machines comes off the band’s highly successful 2020 release, Imploding the Mirage. Imploding the Mirage came out as a result of the pandemic-induced downtime of last year where frontman Brandon Flowers looked in his past to seek some inspiration. Flowers expressed how it was the first time in his life that he faced silence, and it was a little awkward to deal with it, considering how everything had come to a halt and suddenly, out of the silence, he was able to write some great music again.
The Killers was formed in 2001 and comprises Brandon Flowers, Dave Keuning, Mark Stoermer and Ronnie Vannuci Jr. They have released seven studio albums till now, with pressure machines being their latest. Each of their albums has reached the top of the UK Albums chart. They are one of the biggest rock music outfits of the 21st century, with worldwide recognition and demand for their performances. They are also the most successful band from Nevada and have sold more than 28 million records worldwide. They are known for their high-energy, electrifying performances and fans are awaiting their concert at the Gila River Arena on 28th August. If you’re one of them, grab your tickets right now before they are all gone!